This one vehicle, surprised the heck out of me when I saw it shining bright from the sunlight outside in the Toyo Tires Booth. I was stumped, I actually didn’t know what it was till I saw the other half of the vehicle. I think I literally said out loud “Holy Shit, it’s a Sunny Truck.” Here in the states we call it a Datsun 1600 (620) when it was offered by Datsun after the Datsun 1200 release in Japan. Dominic, the owner of the Hakotora truck, which is what it’s called in Japan. It’s half skyline and half truck, its the two perfect halves into making an amazing vehicle. Especially how Dominic finished it off with a set of CF flares to cover the poke from the TE37v’s. Later on that day after finding him on Instagram, it comes to find out it has a Silvia heart, with a 400+ hp SR20 power plant. This Sunny truck just got a whole lot coolerer. Enjoy the quick snaps everyone! 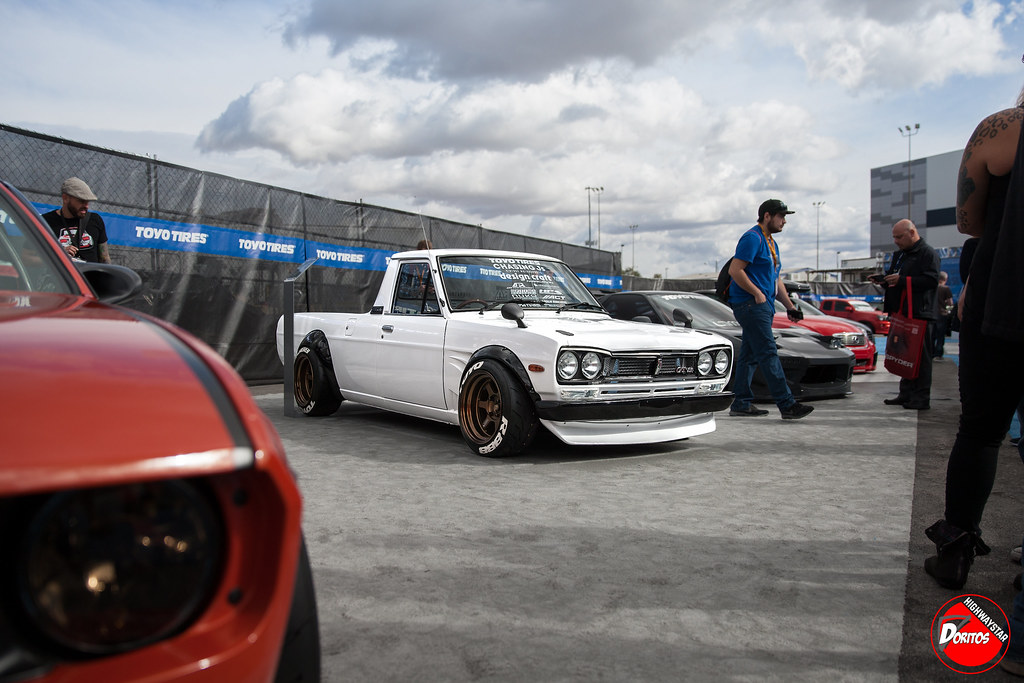 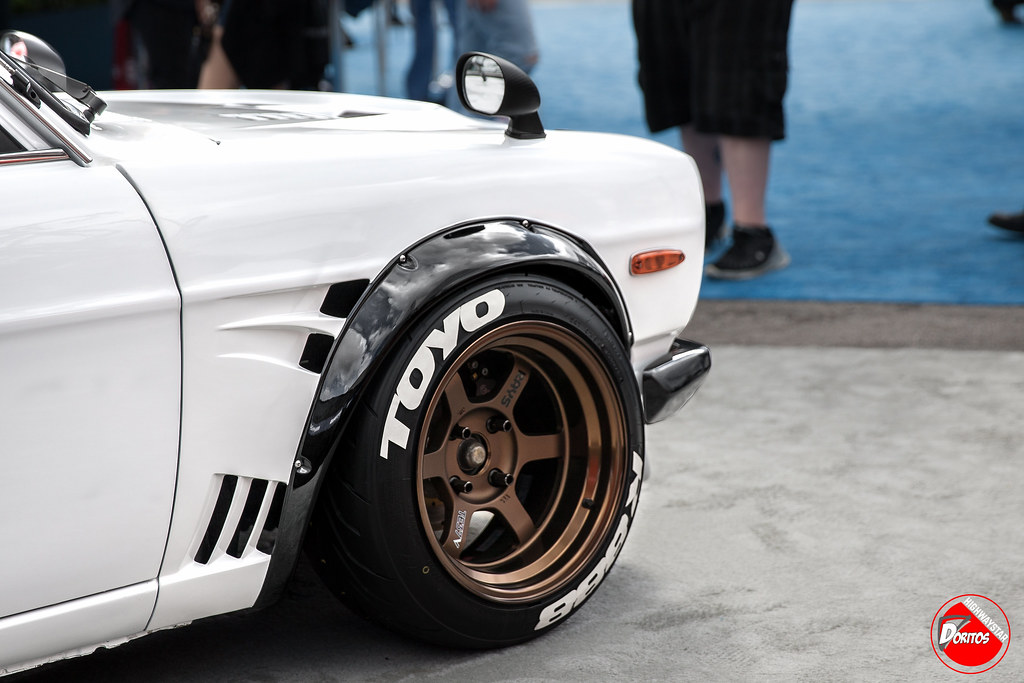 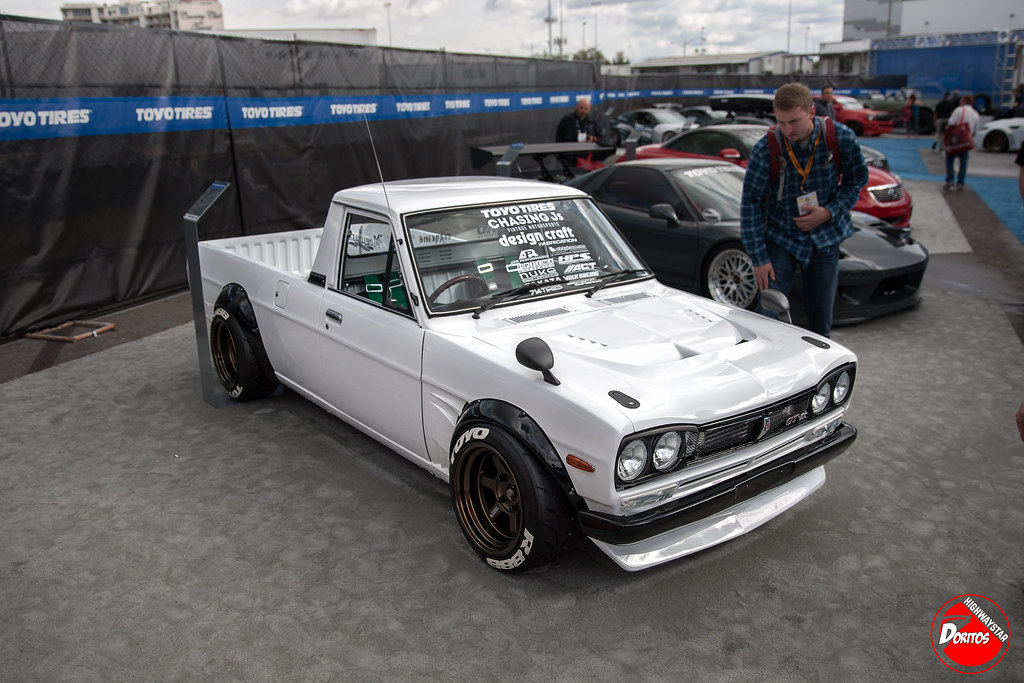 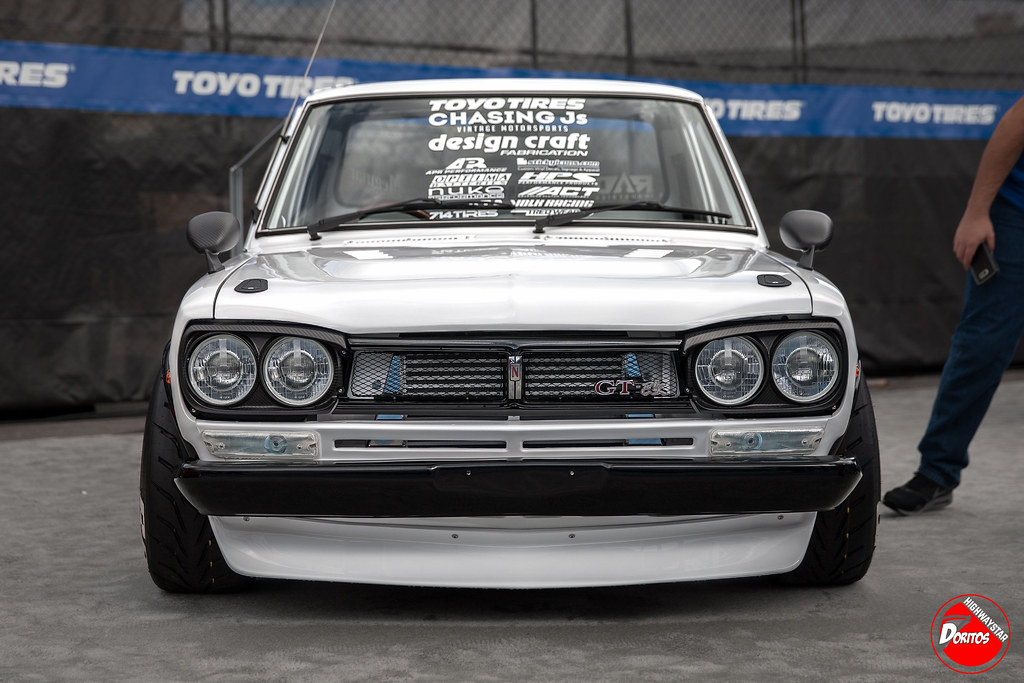 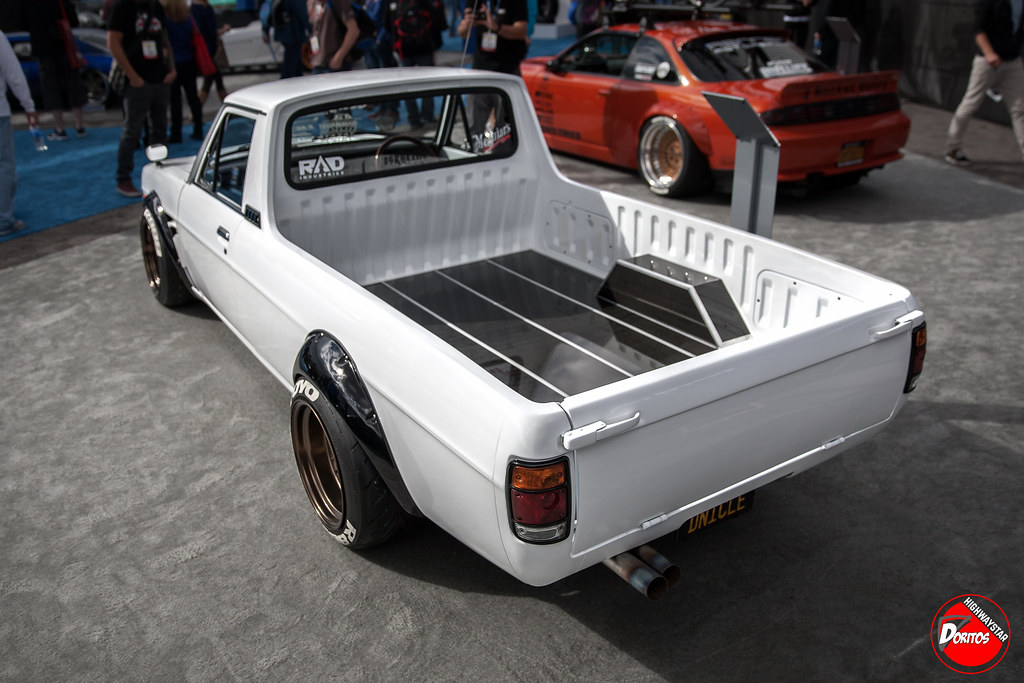 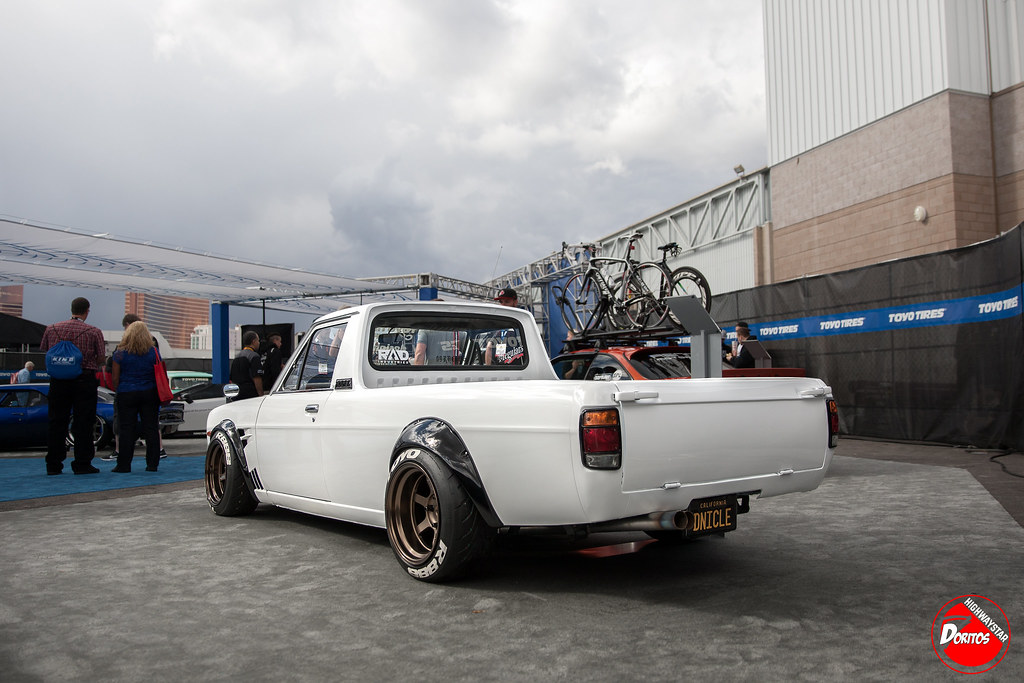