The weekend of the Rolex is finally here! Well, was, but my ears are still ringing from being so up close to brutal machines driving for 24 hours. This brings a total of 3 years straight coming to Daytona and camping out in the infield getting cold, wet, hot, and sleep deprived. Yes, it was amazing and I will do it all over again next year. 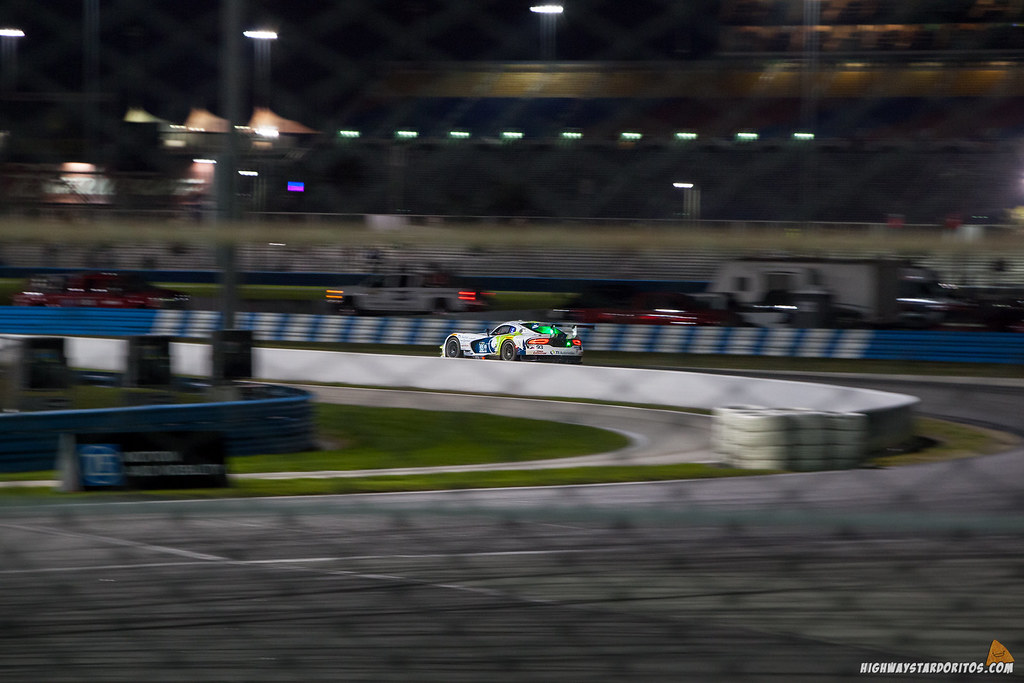 If you want to skip the boring reading part you can go here to view the full gallery on my flickr. Full Flickr Set Here – Rolex 2015

9pm Friday night I arrived at the Daytona International Speedway to camp out with my fellow highwaystar’s and guests which included Nickoli from Simply Clean, Emil from Lamborghini of Miami and Sam Dobbins from More Than More. If you wanted to nerd out taking pictures at an event these guys is the group to do it in. Since everything shut down at 7pm I decided to take a couple shots with the crew and called it a night. 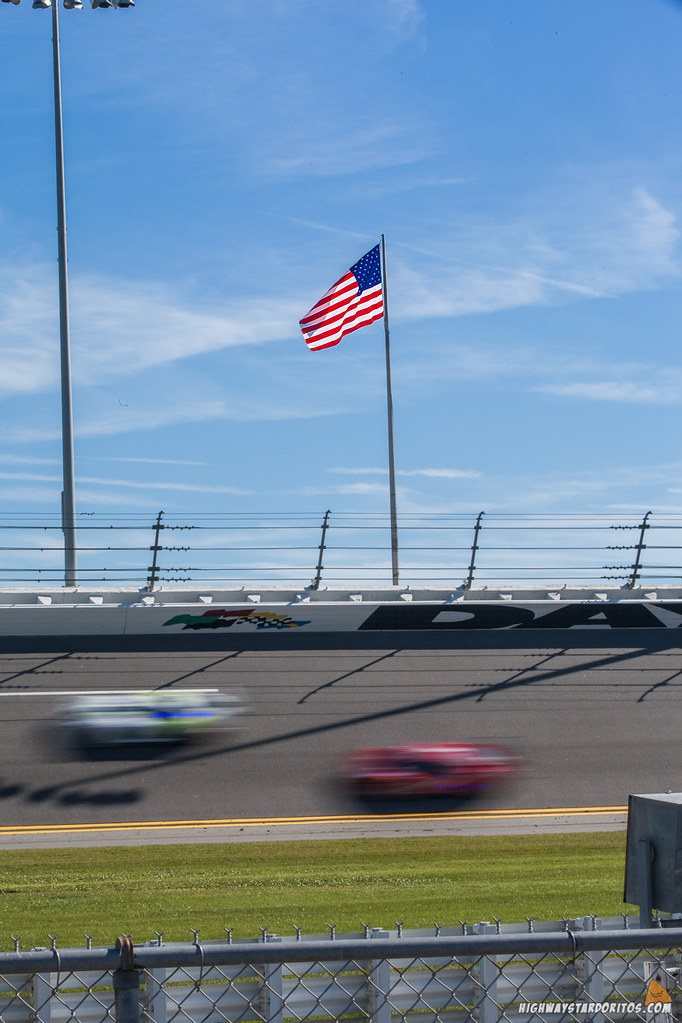 9am blinked from the dash while the heavy rain drops pelted my truck. I see Emil, Patrick and Nickoli already suiting up to go out to the track. There was a 45 min Ferrari Challenge event going on before the big race so we decided to take in some practice shots. As soon as we started to make our way to turn 1 the roar of 570 horses started to echo through the stands. 30 plus speeding ponies were running on the track, downshifting, braking, foot to the floor the crackle of the up shifts. It was pure heaving to the eyes and ears. Our fun was suddenly interrupted by the rain and it was coming down hard. My filter wasn’t fully secured and fogged up my lens, sadly most of my shots were too blurry to edit. But we made the most of it and enjoyed the rest of the race. 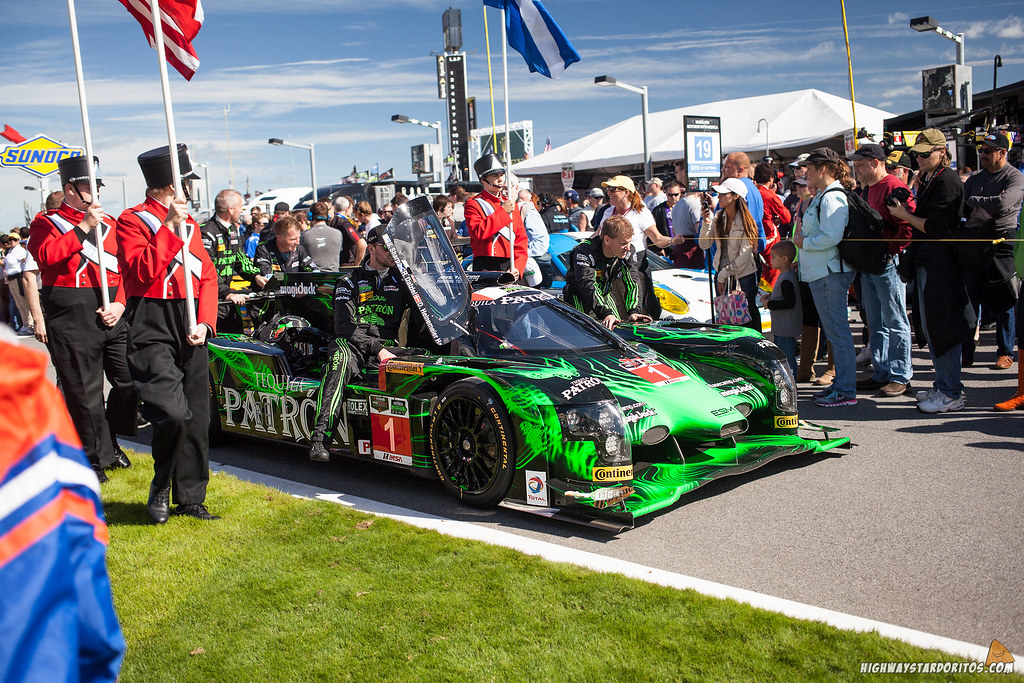 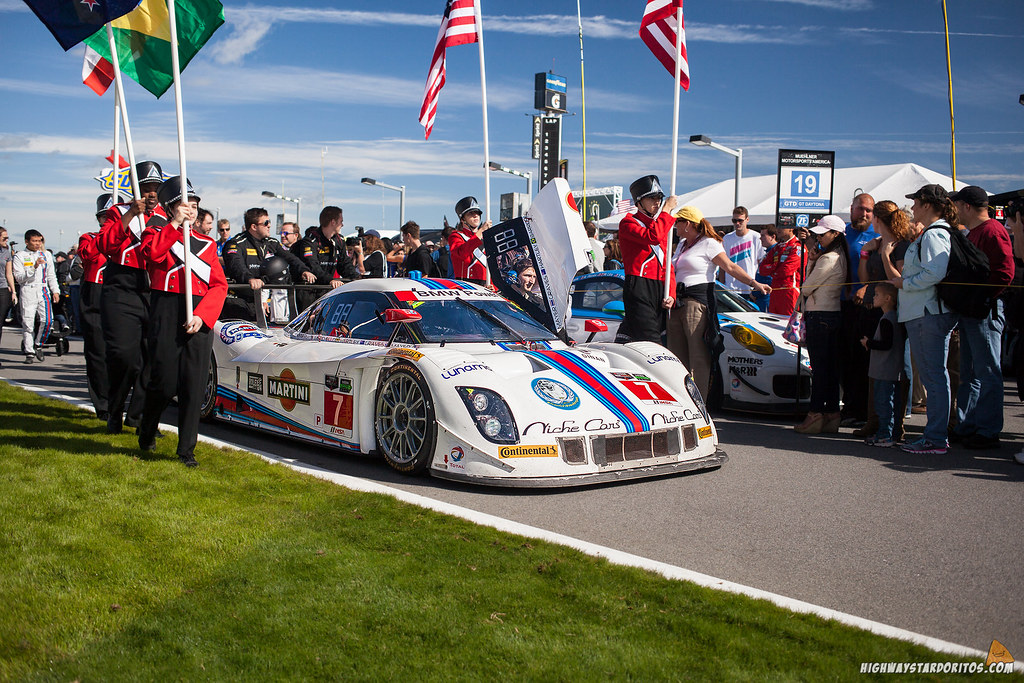 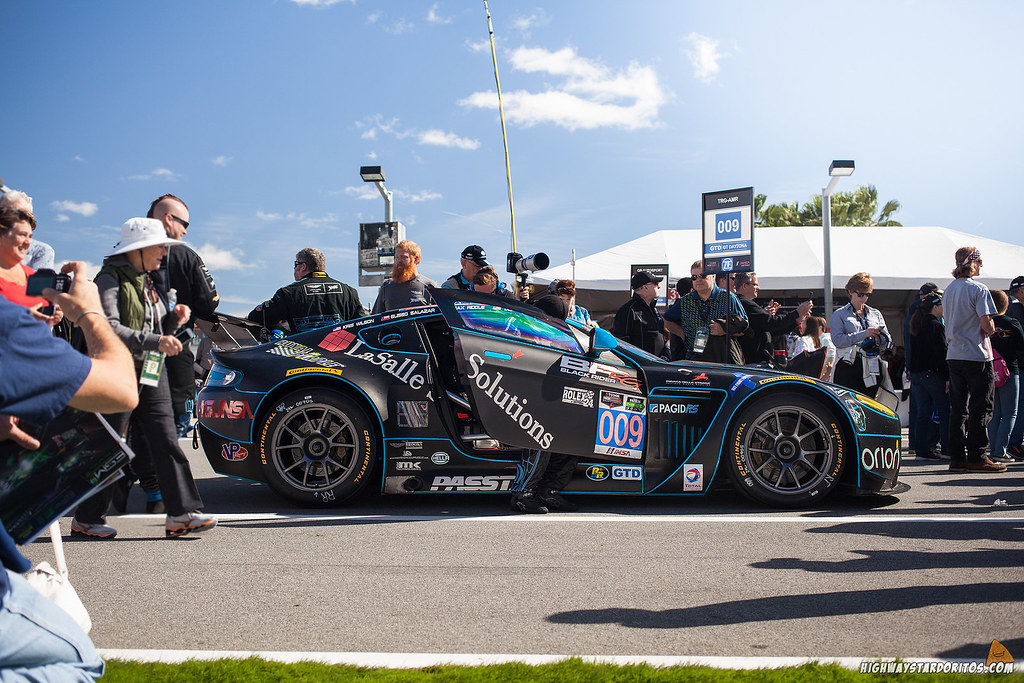 We headed back to the camp site to recharge and to get a little dry for the main race. 1:00 rolled by and the portion of event where the grid lines up and the public gets to walk out on to the field for a bit was coming up. This year they had the top 10 cars on the grid stroll by a roped off section, it was actually pretty cool to see the whole team push their vehicle to the front of the grid. After about 30 mins of crowded mayhem they started to clear the grid to start the race. 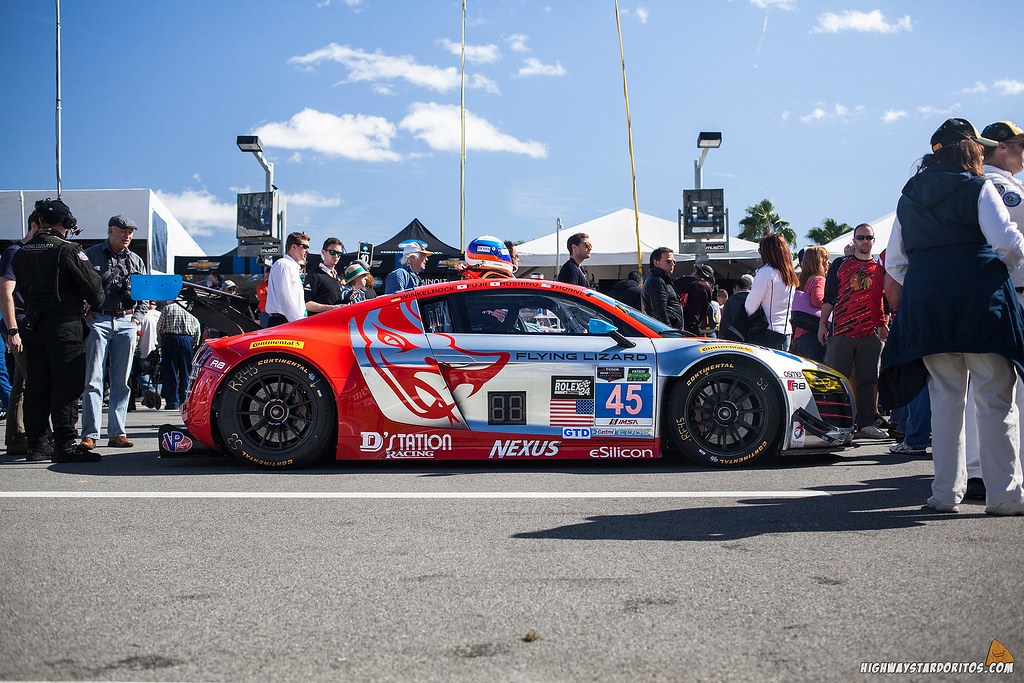 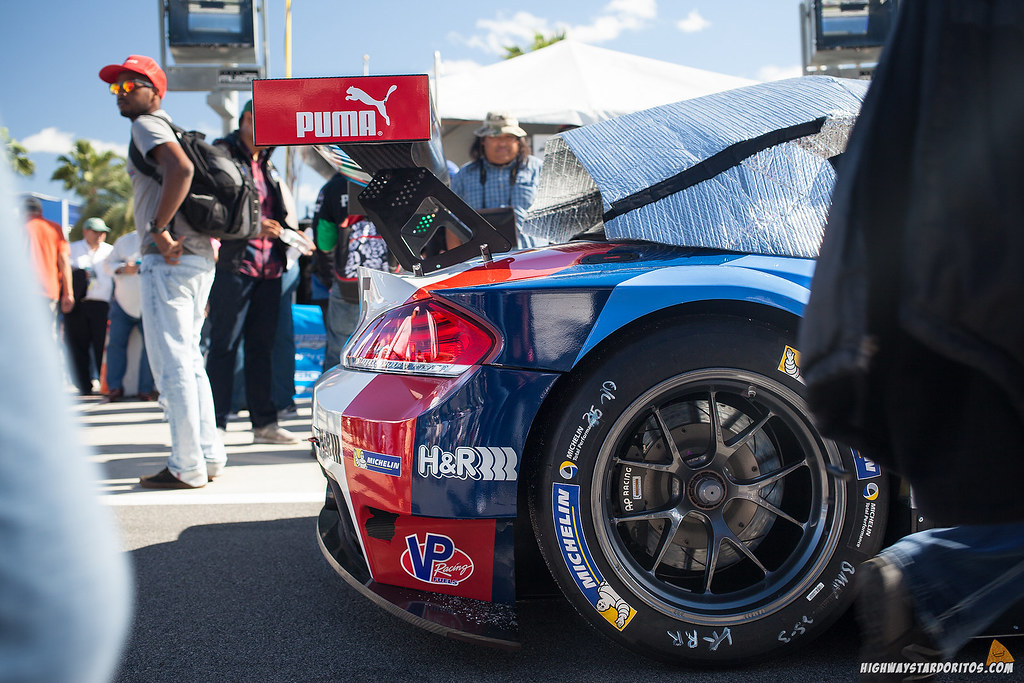 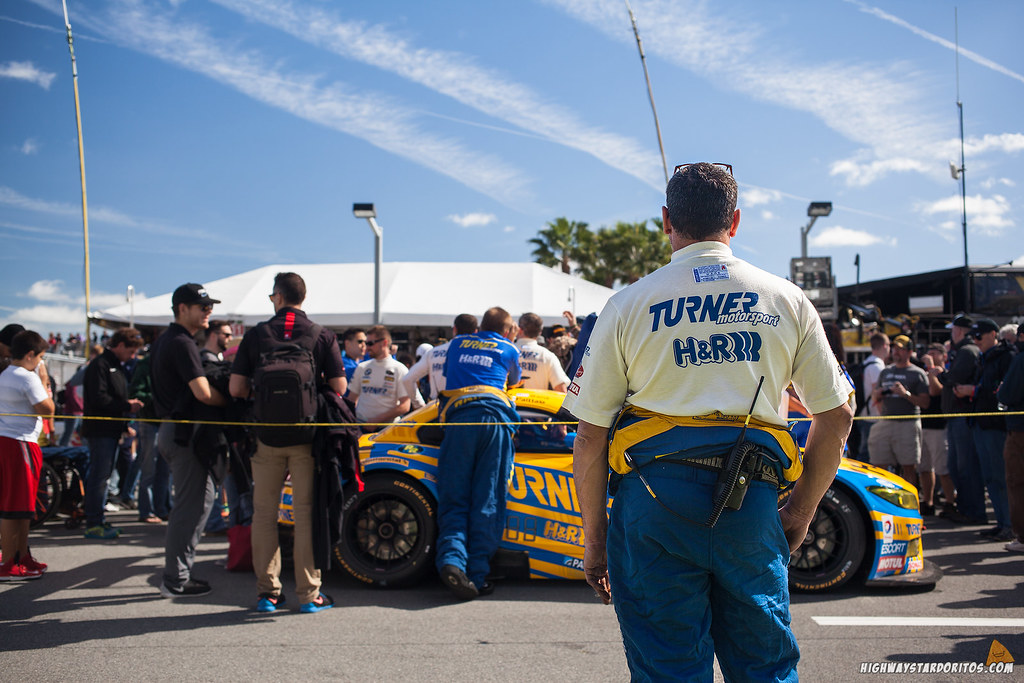 The magical words echoed through the loud speakers “Gentlemen, start your engines!” The sound of 53 high horsepower beast blasted through the air. You can just feel the vibration getting stronger and stronger as they inch their way closer to us. Even going a normal pace of 50mph you can still feel the power as they pass you. 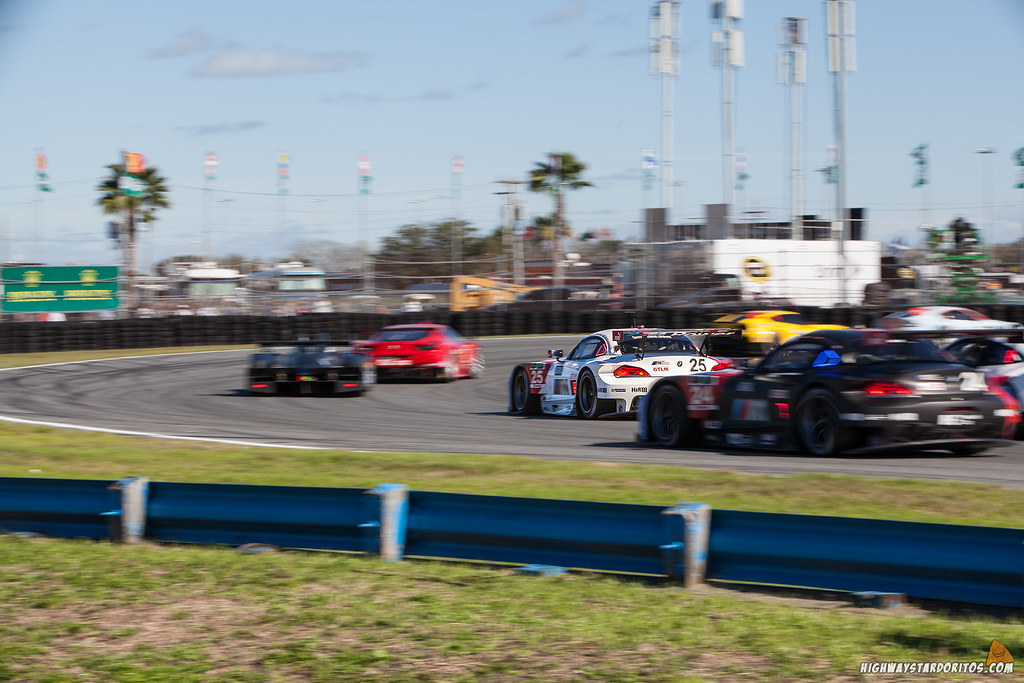 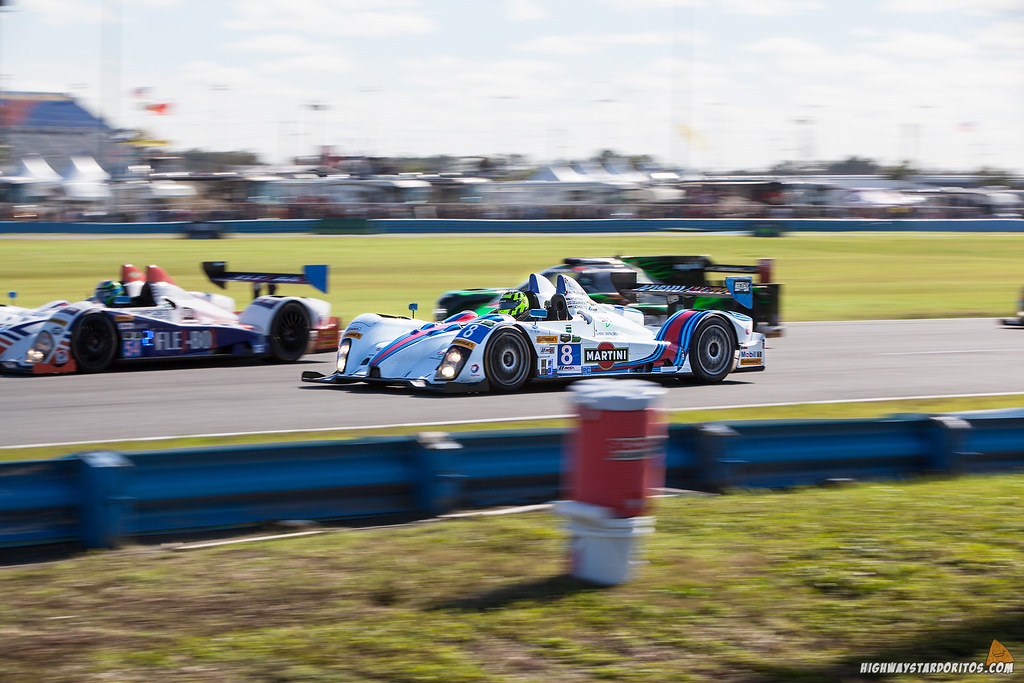 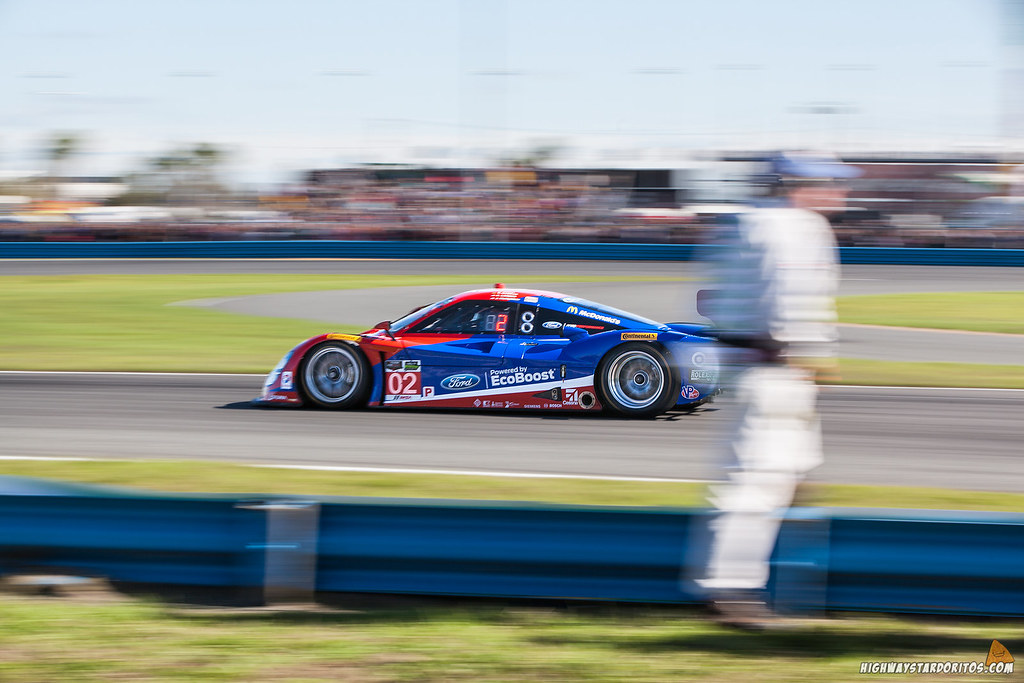 The Green flag drops and the noise like the gates of hell just opened in Daytona. Wave after wave of race cars whiz on by. Each filling your ear with different engine pitch noises. It was hard to photograph at first because you just want to soak in the sights and sounds on whats happening right in front of you. As soon as a couple of laps I snapped out of my trance and started shooting away. 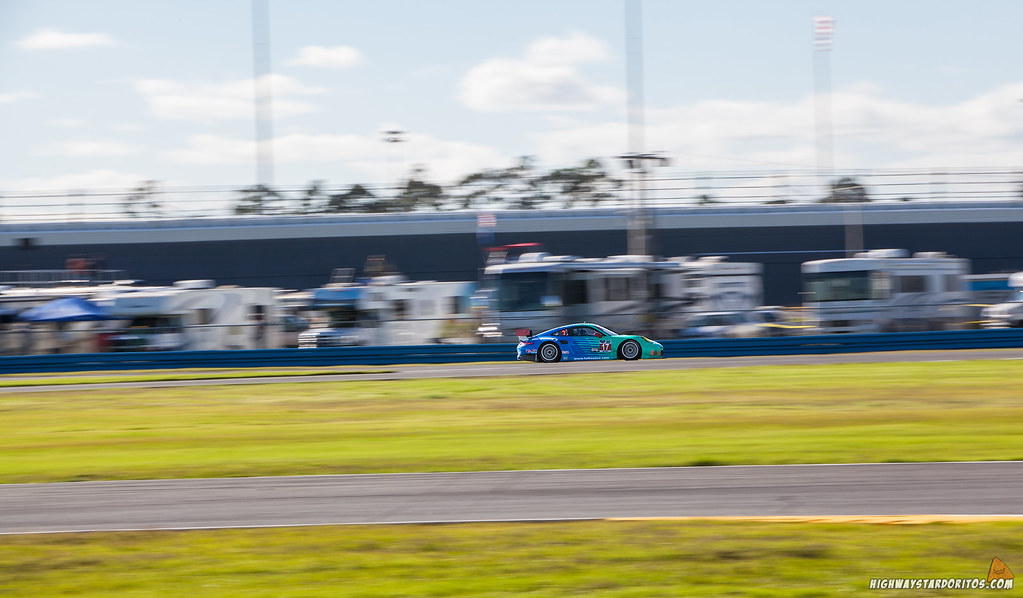 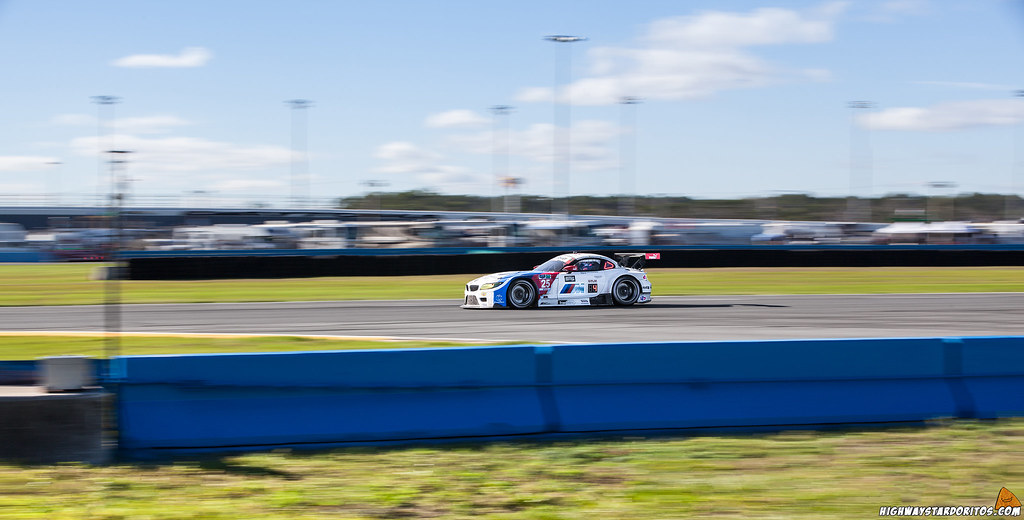 About an hour of straight shooting it was time to head back to camp, primarily due to dumping all the photos on to my laptop, grab a quick bite to eat and let the feet relax till the night shooting. At this point a good friend of mine Cole Young had media access for the event and already 3-4 hours deep into the race he was already dead. He offered his media vest to me while he recharges and I jumped at the chance. 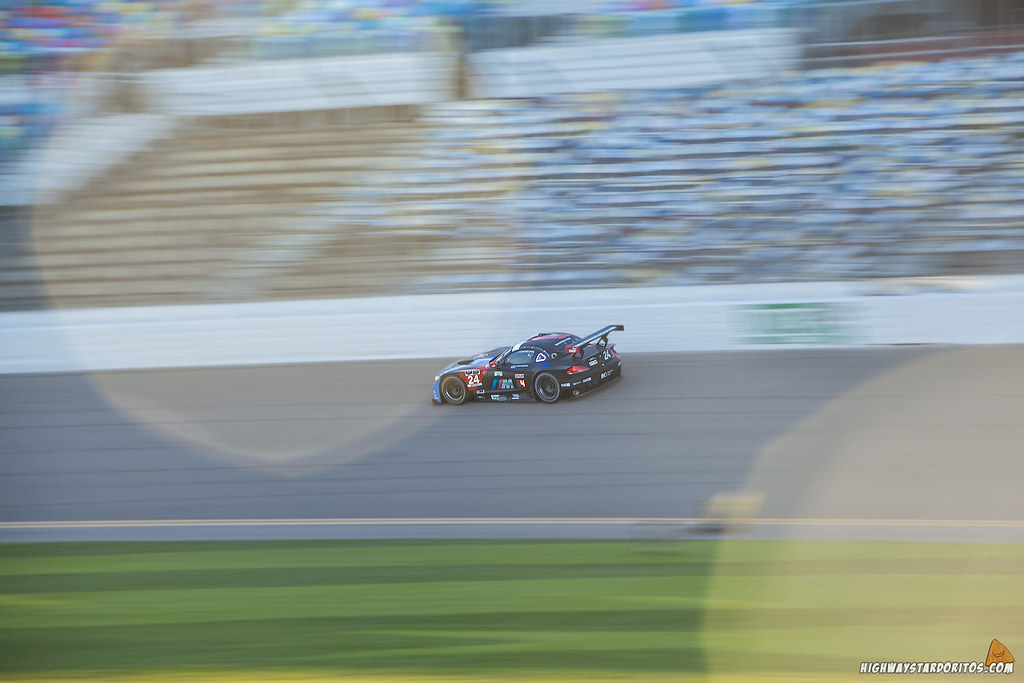 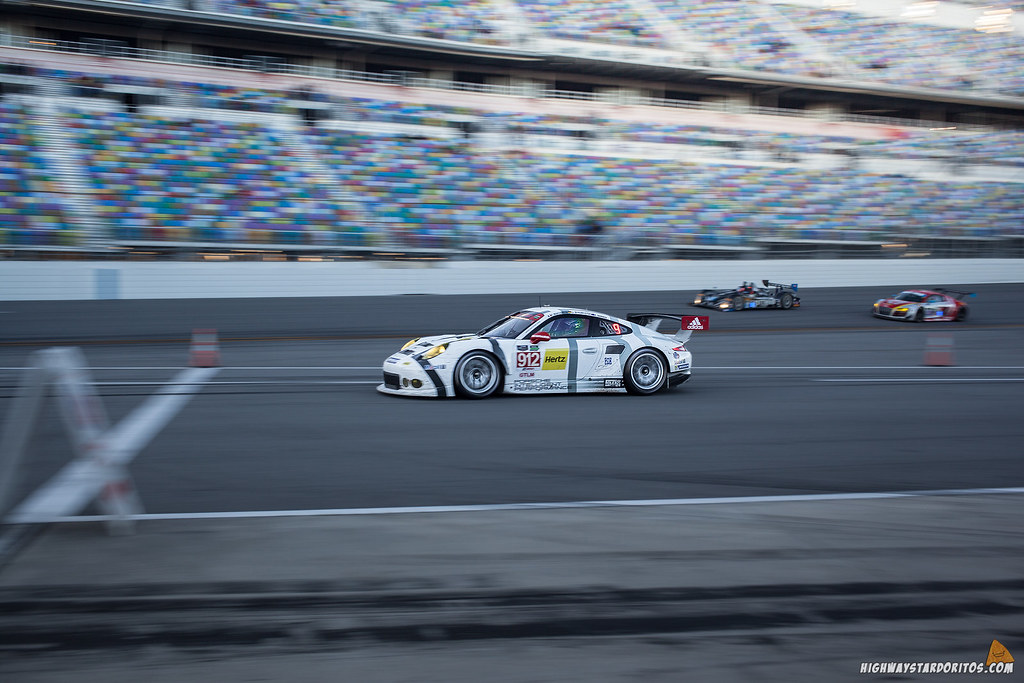 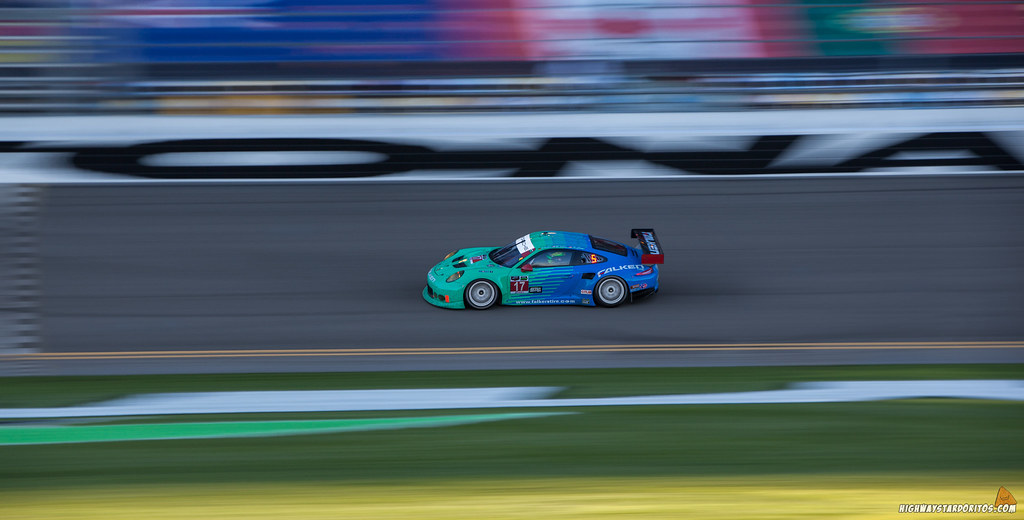 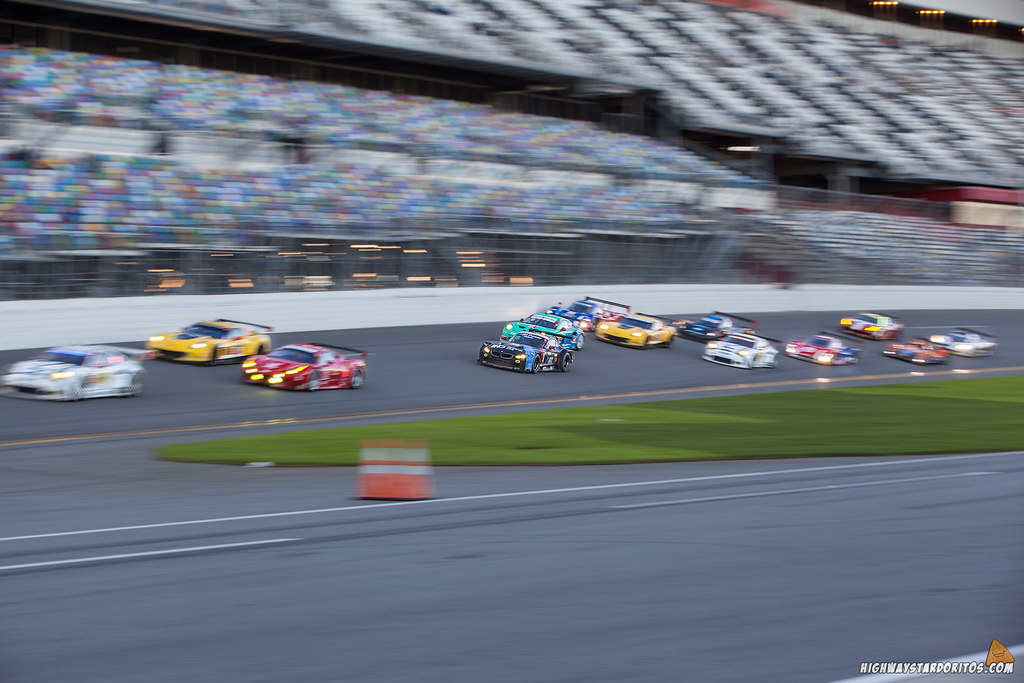 I quickly loaded up my bag and headed out earlier than expected to the pits. I’ve never been in the pits area and it was a different world in there. It was pretty much a long line of organized chaos. I stayed there for about an hour or two shooting and taking video till Cole texted me saying he needed his vest back. 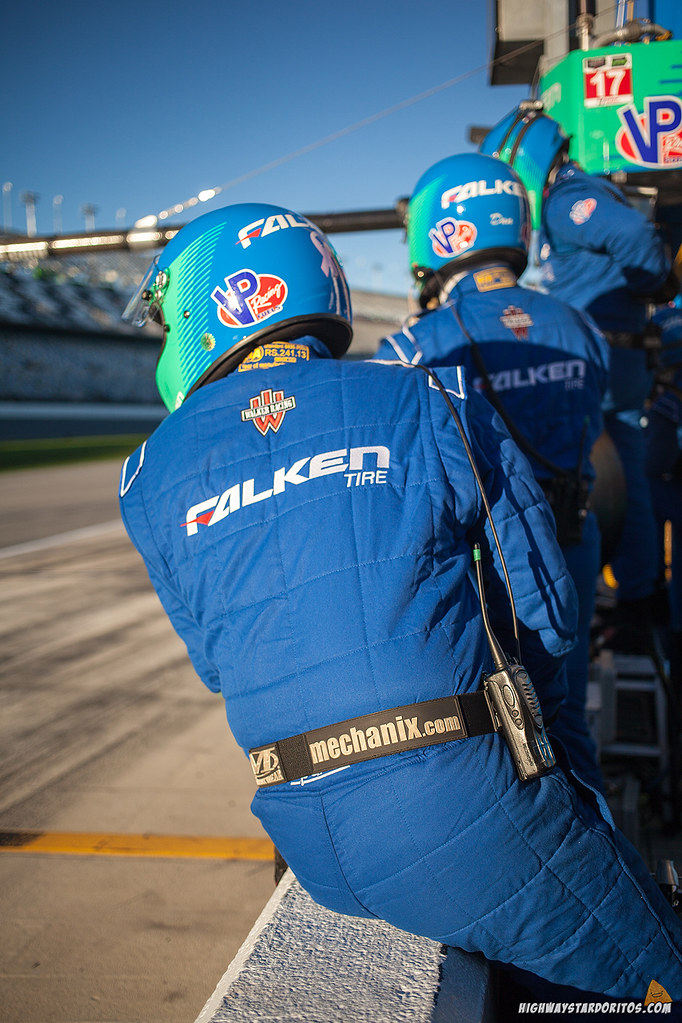 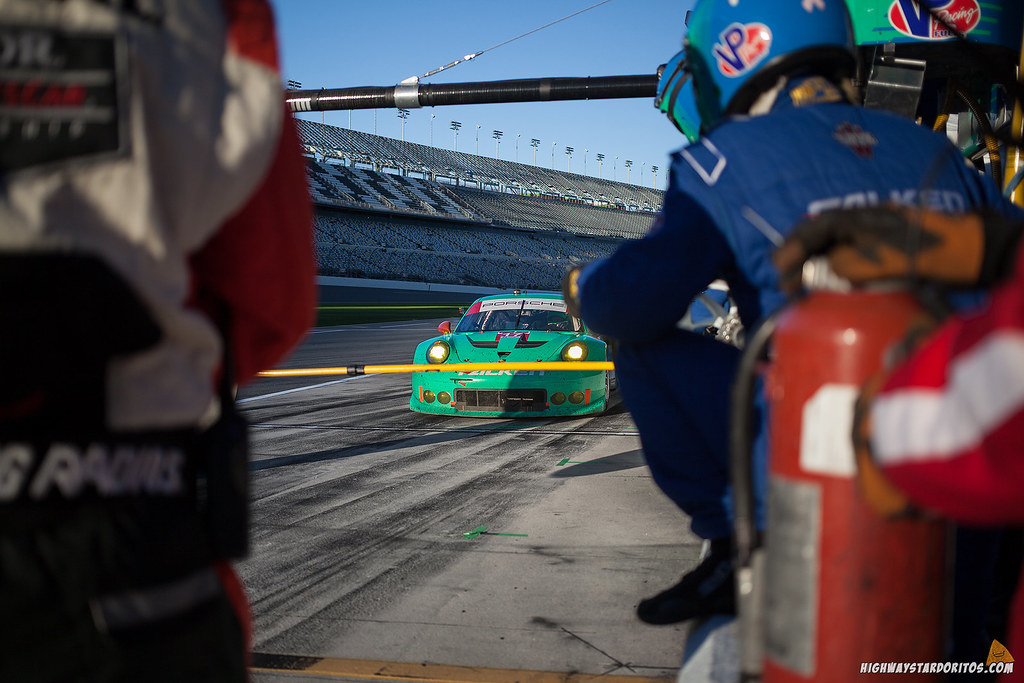 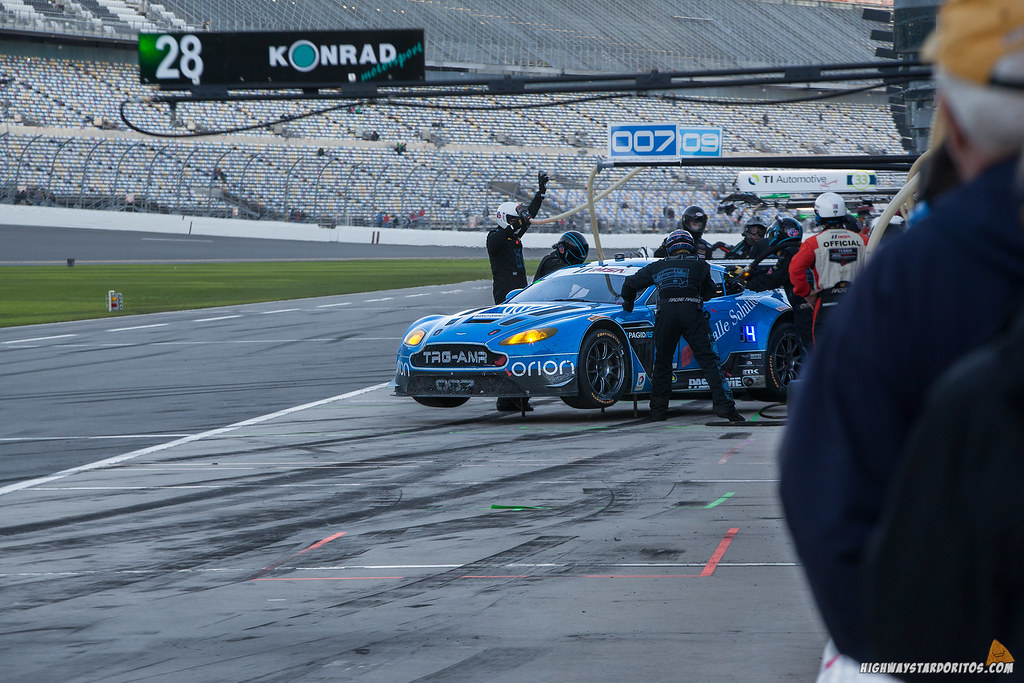 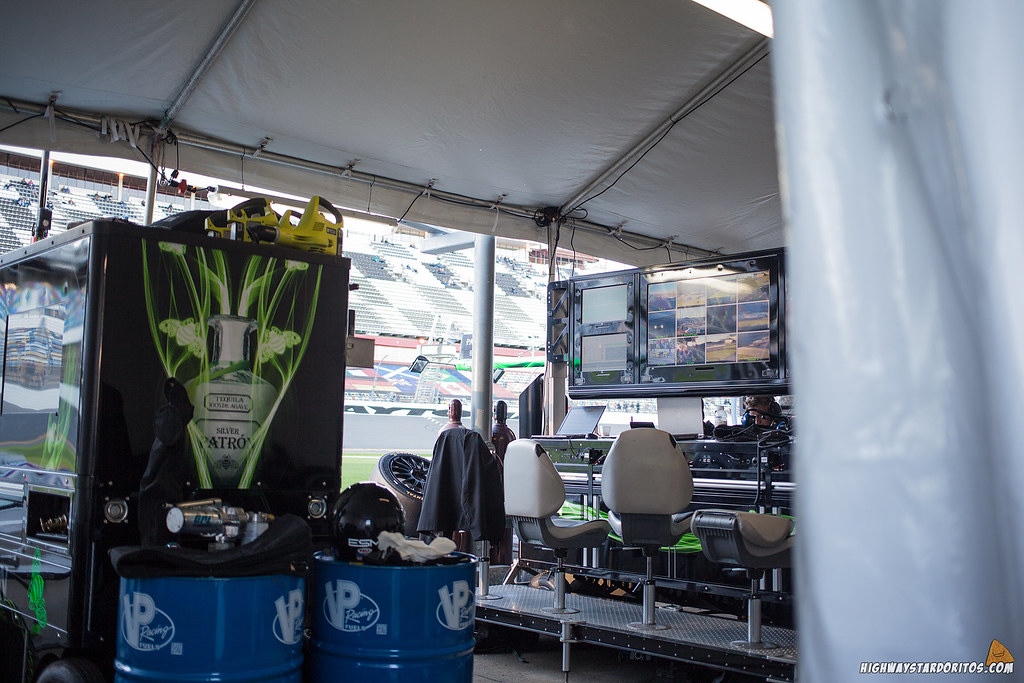 Getting back to the camp site he told me I could borrow it later that night. Of course mother nature had a different plan in store and drop the night temp to a freezing. I suited up and ventured out to the cold till about 2am. The rest of the moring, I passed out so hard, it was till about 10am I woke up and we started to break down the camp site. 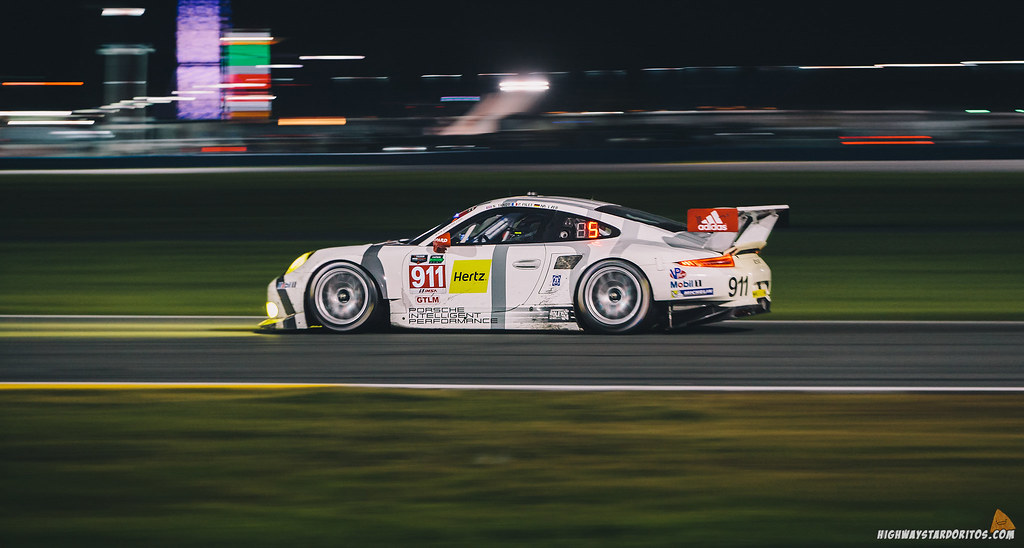 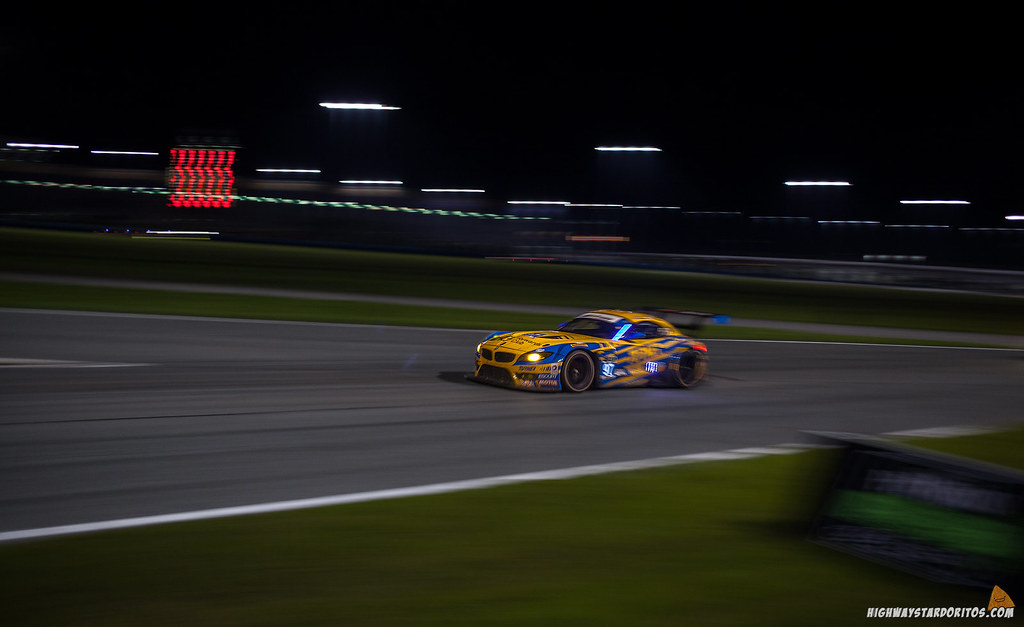 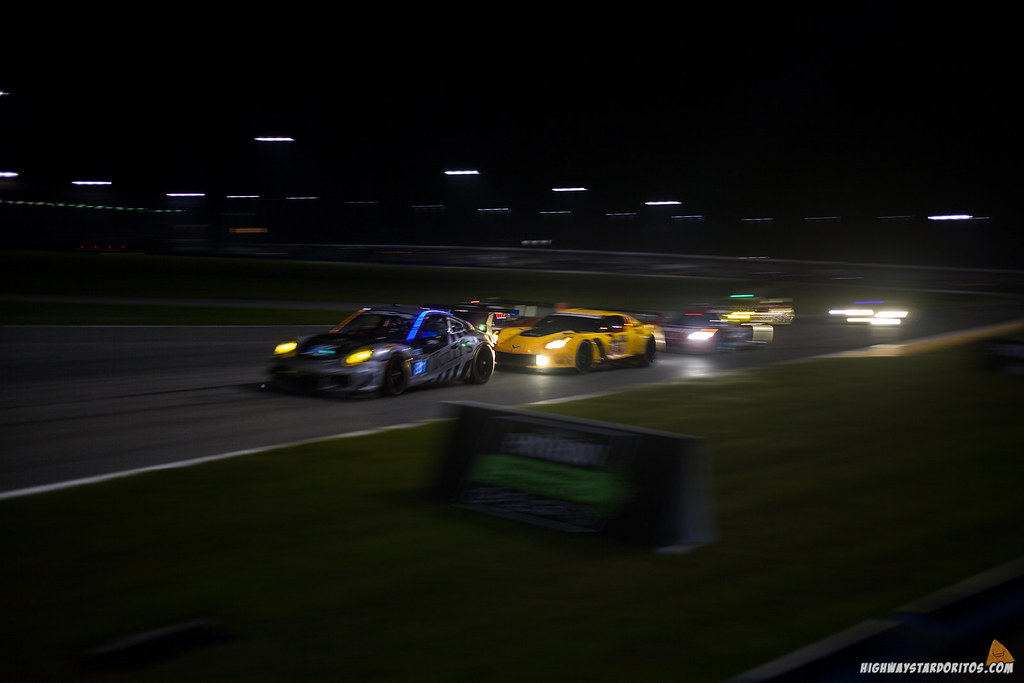 We did our goodbyes early and parted ways, it’s insane to leave right when everyone is leaving so we leave about 2 hours before the race ends. Me, Nickoli, and Patrick decided to take last few shots from high speed wall. As my camera lcd screen flashed CF Full I too was full, well more like empty. But I enjoyed every bit of it, hanging by the camp fire with good friends, race cars going on in the background, you can’t ask for a better weekend. 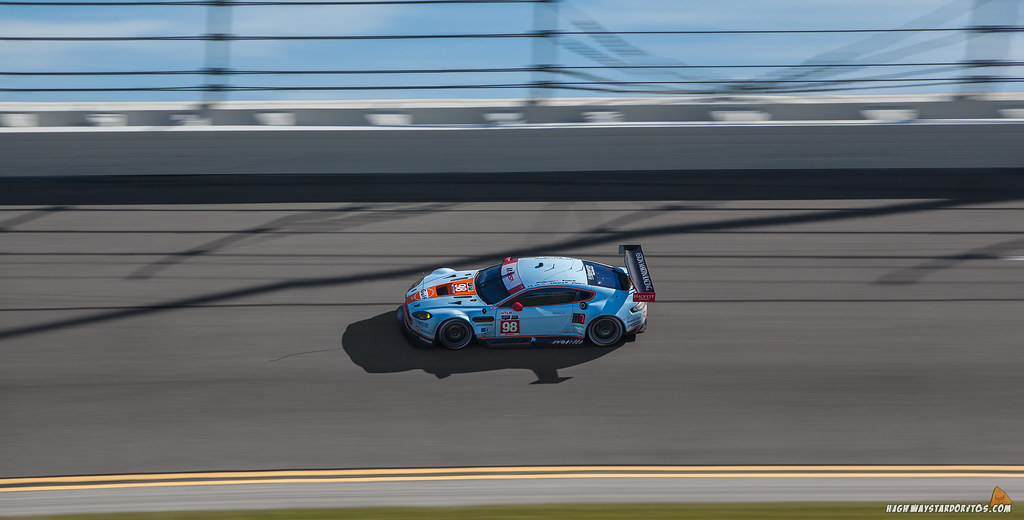 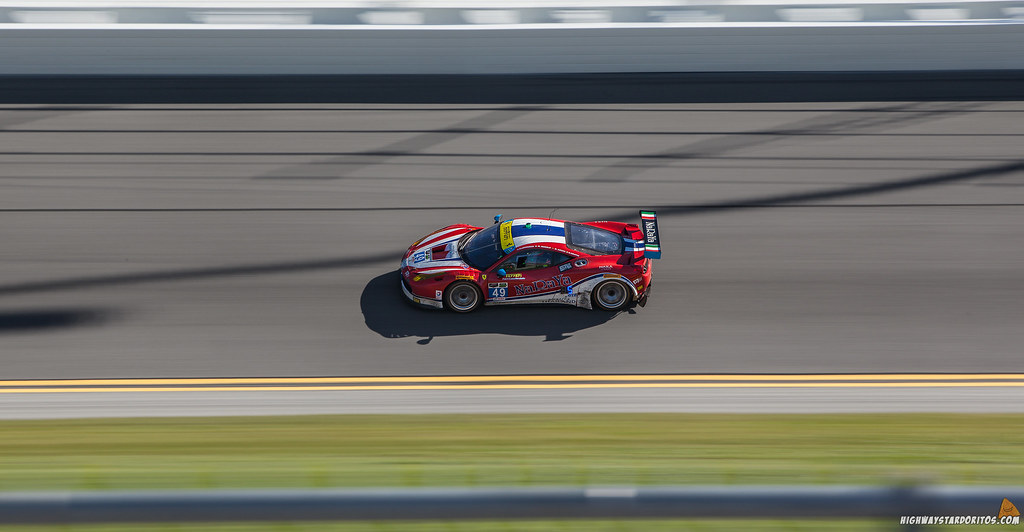 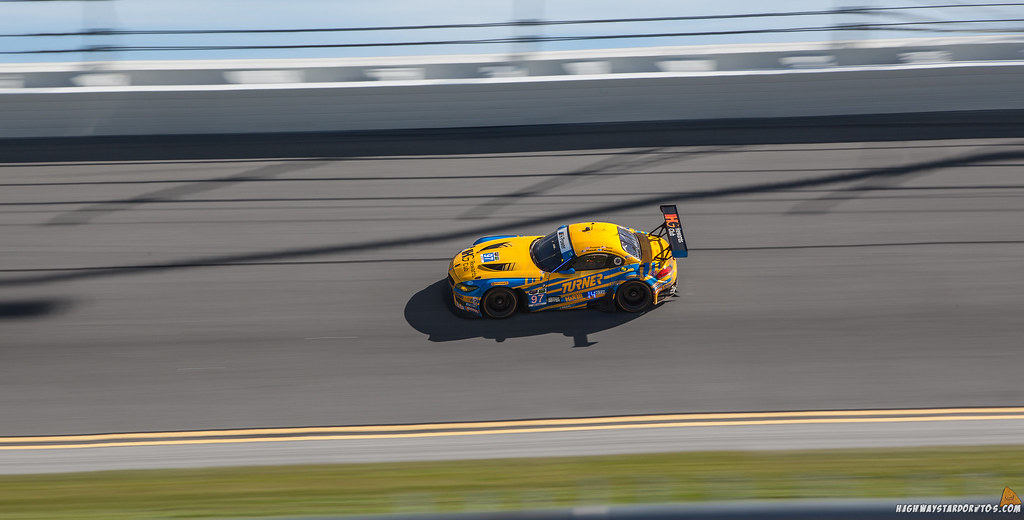 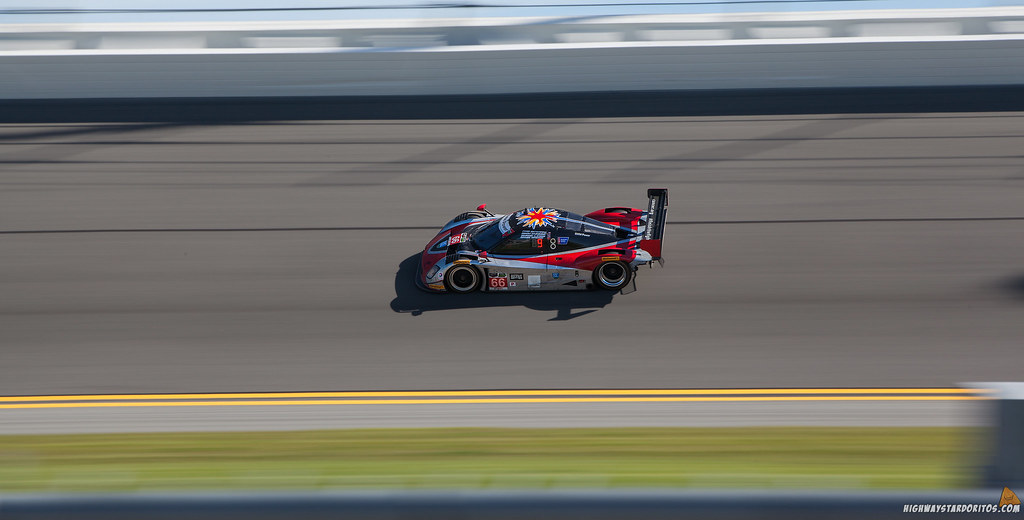 I learned a lot on a photographer level shooting an event this big and long. I’m going to take these tips and experiences to the 2016 Rolex and hopefully become a much better photographer. Enjoy the photos everyone, as always, show some love. Till next time.